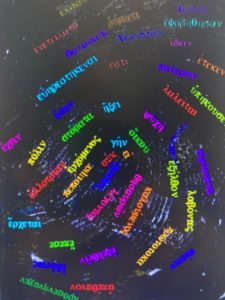 Among other things, this week during the Fellows Meeting we discussed several statements made by Jacob Neusner who wrote or edited more than 900 books. He said,

“Scripture formed a dictionary, providing a vast range of permissible usages of intelligible words. Scripture did not dictate the sentences that would be composed through the words found in that (limited) dictionary. Much as painters paint with a palette of colors, authorships wrote with Scripture. (Neusner, Jacob. The Midrash. An Introduction. 1994, p.xi.)

This idea relates to the paradigmatic analysis of Paul’s letters with seven of them showing a segmental use of words from the Septuagint (LXX) as a dictionary for his letters just as Neusner described over 1900 years later.

Neusner went on to say, “If we know for sure that the named authorities to whom [Midrashim] are attributed really said what they are alleged to have said and did what they are supposed to have done, then of course we should possess considerably more information than we do about these writings and the age that produced them.” Paul’s Midrashim are the only Midrashim that we not only know who the author is but we also, from his letters in the New Testament and the book of Acts know a lot about who he was.

We also looked at a wordplay that has not been before described. Regarding wordplay, a summary of Neusner’s observations include: 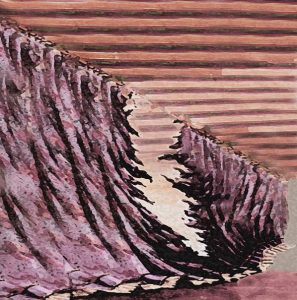 In Hebrews 6:19-20, Paul wrote “This hope we have as an anchor of the soul, a hope both sure and steadfast and entering into that which is within the veil; having become a high priest forever after the order of Melchizedek. The word “anchor” transliterated ankura is very close to the Greek word in Exodus 26:4-11 “hook” transliterated ankula which held up the veil. Since the veil was torn when the Messiah was crucified through Midrash Paul is exclaiming through wordplay, “The hooks of the veil are no longer needed to keep us out of the Holy of Holies so they are refashioned into an anchor to hold us in the Presence of God!

Hebrews 6:19-20 is within a Midrash of Lot’s rescue from Sodom and we’ll look closely at Lot’s two rescues next week.