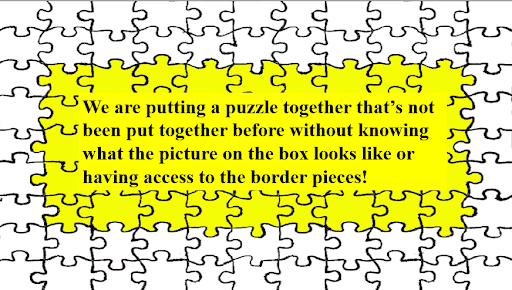 During the Fellows Meeting on October 25, 2021, we described our journey discovering Paul’s Midrash of seven books of the Tanakh in seven of his letters as like putting together a puzzle without knowing the picture on the cover of the puzzle box nor having the edge puzzle pieces. However, we do have some knowledge of some of the puzzle pieces. We have identified that Paul has both used principles of Jewish exegesis and the Hellenistic Aristotelian rhetoric. The fellows have begun the process of writing articles for theological journals and in the process are discovering the methods Paul used. Here are the pieces of the puzzle that we have identified so far:

Follow our work and get involved by donating to the fiscal sponsor of this work, Root Source!